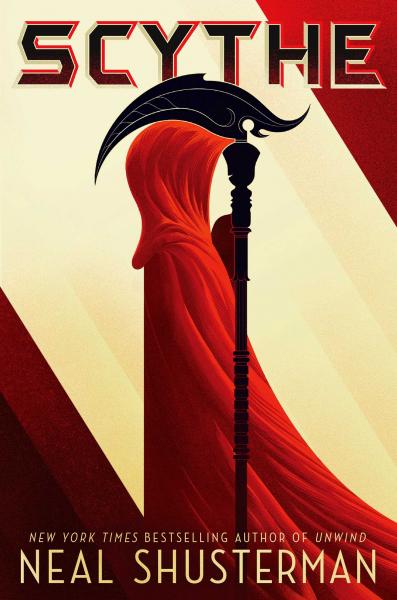 Two teens are forced to murder—maybe each other—in the first in a chilling new series from Neal Shusterman, author of the New York Times bestselling Unwind dystology.

In a world where disease has been eliminated, the only way to die is to be randomly killed ("gleaned") by professional reapers ("scythes").

Citra and Rowan are teenagers who have been selected to be scythe's apprentices, and—despite wanting nothing to do with the vocation—they must learn the art of killing and come to understand the necessity of what they do.

Only one of them will be chosen as a scythe's apprentice. And when it becomes clear that the winning apprentice's first task will be to glean the loser, Citra and Rowan are pitted against one another in a fight for their lives.

Neal Shusterman is the New York Times bestselling author of more than thirty award-winning books for children, teens, and adults, including The Unwind dystology, The Skinjacker trilogy, Downsiders, and Challenger Deep, which won the National Book Award. He also writes screenplays for motion pictures and television shows. The father of four children, Neal lives in California. Visit him at Storyman.com and Facebook.com/NealShusterman

If you're unable to attend the event and would like a signed copy of Scythe, please purchase the "Signed" version below.