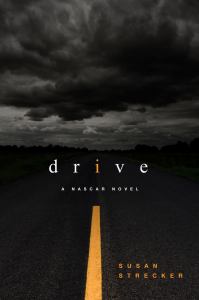 Piper Pierson is on her way to becoming a NASCAR superstar driving for her family's team, Pierson Racing.

In a world filled with danger and crashes, Colt's mantra is that life is beautiful and must be lived as if every day is the last. He helps Piper realize all she has to live for in spite of the past. But when another senseless accident happens, someone she loves is taken from her, testing her new-found philosophy. Drive is the story of hard truths and disappointments, growing up, and embracing what matters most. 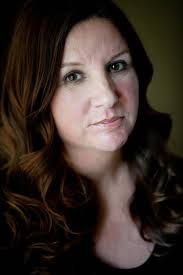 Susan Strecker is an award-winning novelist. Her first book, Night Blindness, was an IndieNext Pick. Her second, Nowhere Girl won the Beverly Hill Books Award for Excellence in Fiction. It was number 4 on Pop Sugar's list of 26 Must Read Books for Spring, 2016 and it was a finalist for the Chanticleer Book Award. Both books were sold at auction. She is currently working on three other novels. The author lives in Essex, Connecticut, with her husband and two kids.

If you're unable to attend the event and would like a signed copy of Drive, please purchase the "Signed" version below.