When We Were Strangers
Seventeen-year-old Evie Parker is devastated in the wake of her father's sudden death. But she knows something her mother doesn't: the day of his heart attack, her dad was planning to move out. After finding his packed bags, an impulsive Evie puts everything away to spare her mom more heartache.

To make matters worse, Evie soon learns the reason her father was going to leave: he had been dating his twenty-two-year-old receptionist, Bree, who is now six months pregnant. Desperate to distract herself, Evie signs up for a summer photography class, where she meets a motley crew of students, including quirky and adorable Declan. Still, Evie can't stop thinking about her father's mistress. Armed with a telephoto lens, she caves in to her curiosity, and what starts as a little bit of spying on Bree quickly becomes full-blown stalking. And when an emergency forces Evie to help Bree, she learns there's more to the story than she ever knew . . .

Alex Richards crafts a riveting new story about betrayal, complicated family secrets, and getting to the heart of what matters--ultimately asking readers how far they'd be willing to go to unravel the truth.

Rachael Lippincott, coauthor of #1 New York Times bestseller Five Feet Apart, weaves a “breezy…truly charming” (Kirkus Reviews) love story about learning who you are, and who you love, when the person you’ve always shared yourself with is gone.

Emily and her mom were always lucky. But Emily’s mom’s luck ran out three years ago when she succumbed to cancer, and nothing has felt right for Emily since.

Now, the summer before her senior year, things are getting worse. Not only has Emily wrecked things with her boyfriend Matt, who her mom adored, but her dad is selling the house she grew up in and giving her mom’s belongings away. Soon, she’ll have no connections left to Mom but her lucky quarter. And with her best friend away for the summer and her other friends taking her ex’s side, the only person she has to talk to about it is Blake, the swoony new girl she barely knows.

But that’s when Emily finds the list—her mom’s senior year summer bucket list—buried in a box in the back of her closet. When Blake suggests that Emily take it on as a challenge, the pair set off on a journey to tick each box and help Emily face her fears before everything changes. As they go further down the list, Emily finally begins to feel close to her mom again, but her bond with Blake starts to deepen, too, into something she wasn’t expecting. Suddenly Emily must face another fear: accepting the secret part of herself she never got a chance to share with the person who knew her best. 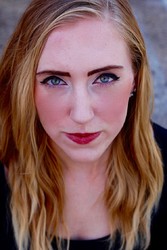 Rachael Lippincott is the coauthor of All This Time, #1 New York Times bestseller Five Feet Apart, and She Gets the Girl and the author of The Lucky List.. She holds a BA in English writing from the University of Pittsburgh. Originally from Bucks County, Pennsylvania, she currently resides in Pennsylvania with her wife and their dog, Hank. 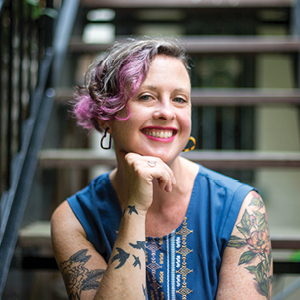 REGISTERED ATTEDEES WILL RECEIVE THE LINK FOR THE VIRTUAL EVENT VIA EMAIL.

When We Were Strangers (Hardcover)