Get Ready for the Latest Monster Mystery!

Join us for the launch of Jake Burt's newest book. 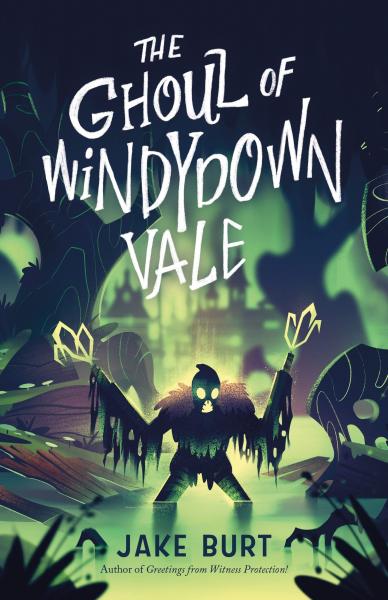 In this action-packed mystery from award-winning author Jake Burt, Copper Inskeep holds Windydown Vale's deepest and darkest secret: he is the ghoul that haunts the Vale, donning a gruesome costume to scare travelers and townsfolk away from the dangers of the surrounding swamps. When a terrified girl claims she and her father were attacked by a creature - one that could not have been Copper - it threatens not just Copper's secret, but the fate of all Windydown.

“Don't miss this book! It takes you to another world—and then terrifies you with surprise after surprise. Great ghoulish fun!” — R. L. Stine, author of Goosebumps and Fear Street

"Copper is happy to secretly dress in a creepy costume and lurk along the lonely road into the Vale—partly because it’s fun but also because, by helping to perpetuate the legend of a murderous local swamp monster, he’s both discouraging banditry and encouraging travelers to hurry along to the inn his loving parents keep. Or so he’s always been told. But then the arrival of a pair of obvious con artists posing as monster hunters exposes hints of a dark and horrifying reality beneath the town’s friendly surface. Here Burt really puts the swamp into swamp gothic (and the gothic, too), as he repeatedly sends his stunned protagonist diving into the glutinous, sucking mud on which the town is built (nothing metaphorical here!) to hide, rescue a companion, or, in the course of a nightmarish climax, discover a mass of moldering corpses. He also surrounds Copper with a vivid supporting cast, highlighted by a set of scene-stealing young triplets but led by Liz, the blacksmith’s daughter and a literally as well as figuratively sturdy friend. The agony Copper feels as both his assumptions and his loyalties are severely tested is as tangible as the muck in this magnificent, macabre melodrama." —Booklist, starred review

"Offbeat and immersive ... Chapters are short with cliffhanger endings, and [characters] are all memorable.This tale for middle grade readers has a vivid sense of place, an unusual mystery with genuine scares, and a satisfying, if bittersweet, ending that will appeal to readers looking for something a little different." — School Library Journal 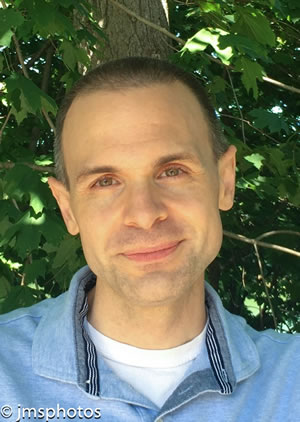 Jake Burt is the author of the middle-grade novels Greetings from Witness Protection!, an Indie Next selection, The Right Hook of Devin Velma, a Junior Library Guild selection, and The Tornado, which School Library Journal called "one of the best stories about bullying for middle grades,” in a starred review. His novel Cleo Porter and the Body Electric was praised as a "thrilling sci-fi adventure" by #1 New York Times bestselling author Alan Gratz. Jake Burt teaches fifth grade, and lives in Hamden, CT, with his wife and their daughter.

James Ponti is the New York Times bestselling author of three Middle Grade book series: City Spies, about an unlikely squad of five kids from around the world who form an elite MI6 Spy Team; The Edgar Award-winning Framed! series, about a pair of tweens who solve mysteries in Washington, D.C.; and the Dead City trilogy, about a secret society that polices the undead living beneath Manhattan. He lives with his family in Orlando, Florida.

GET YOUR COPY OF THE GHOUL OF WINDYDOWN VALE SIGNED & PERSONALIZED!

REGISTERED ATTENDEES WILL RECEIVE A VIRTUAL ZOOM LINK VIA EMAIL

The Ghoul of Windydown Vale (Hardcover)