Welcome to the New World: A Partnership between The Country School and R.J. Julia Booksellers
Please click here to register to attend 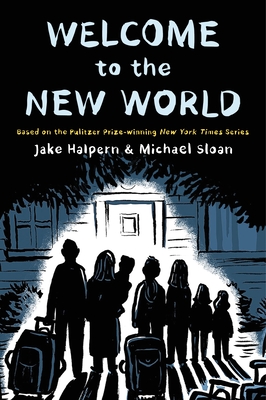 Join Jake Halpern and Naji Aldabaan for a discussion of Welcome to the New World, a new book about a Syrian refugee family and their transition to life in the United States. Based on the Pulitzer Prize-winning graphic journalism series that appeared in The New York Times, the full-length book features an expanded storyline and illustrations and follows Naji and his family as they arrive in the United States on Election Night in 2016, having had to flee Syria because of the civil war.

Naji will speak about what it was like to leave his homeland and beloved members of his extended family as a young teen, making a new life in Connecticut. Jake will talk about the process of producing the series with his colleague, illustrator Michael Sloan, and what he learned as he worked alongside and grew close to Naji and his family.

In addition to Welcome to the New World, for which he and Michael Sloan received the Pulitzer Prize, Jake is the author of several other books, including Bad Paper and Nightfall. His work has appeared in the New Yorker, the Wall Street Journal, and the Atlantic, as well as The New York Times and other publications.

This talk is part of the Country School & RJ Julia Booksellers partnership, which brings writers, speakers, and thinkers of note to our local community so we can learn and grow together. The conversation will take place over Zoom.

Welcome to the New World (Paperback)