Get Ready to Laugh!

Spend Your Evening with Some Very Funny Ladies: 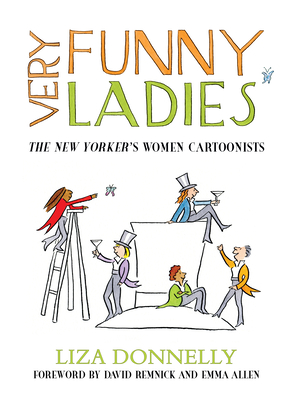 It's no secret that most New Yorker readers flip through the magazine to look at the cartoons before they ever lay eyes on a word of the text. But what isn't generally known is that over the decades a growing cadre of women artists have contributed to the witty, memorable cartoons that readers look forward to each week. Now Liza Donnelly, herself a renowned cartoonist with The New Yorker for more than twenty years, has written this wonderful, in-depth celebration of women cartoonists who have graced the pages of the famous magazine from the Roaring Twenties to the present day.

An anthology of funny, poignant, and entertaining cartoons, biographical sketches, and social history all in one, Very Funny Ladies offers a unique slant on 20th-century and early 21st-century America through the humorous perspectives of the talented women who have captured in pictures and captions many of the key social issues of their time. As someone who understands firsthand the cartoonist's art, Donnelly is in a position to offer distinctive insights on the creative process, the relationships between artists and editors, what it means to be a female cartoonist, and the personalities of the other New Yorker women cartoonists, whom she has known over the years.

Combining a wealth of information with an engaging and charming narrative, plus more than seventy cartoons, along with photographs and self-portraits of the cartoonists, Very Funny Ladies beautifully portrays the art and contributions of the brilliant female cartoonists in America's greatest magazine. 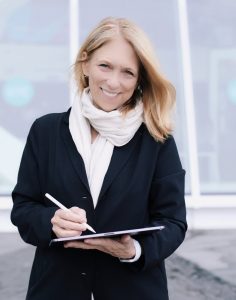 Liza Donnelly is an award-winning cartoonist and writer for The New Yorker Magazine and is a contributor to The NY Times, Washington Post, Medium, CNN, and CBS News. Author of 18 books for adults and children, Women On Men was a finalist for the Thurber Prize for American Humor, and her most recent book is a history, Very Funny Ladies, The New Yorker’s Women Cartoonists, 1925-2021. Liza’s TED talk was translated into 40 languages, she served as a cultural envoy for the US State Department and has an honorary PhD from UCONN for peace and women’s studies. The innovator of digital visual journalism, she live-draws events such as the Oscars, debates and White House Press Conferences for major news outlets. Liza lives in New York.

Hailed as “smart and funny” by People, Gina Barreca was deemed a “feminist humor maven” by Ms. She has written for most major publications, including The New York Times, The Chronicle of Higher Education, Cosmopolitan, and The Harvard Business Review. Board of Trustees Distinguished Professor at UCONN as well as winner of its highest award for excellence in teaching, Gina’s written ten books including the bestselling They Used to Call Me Snow White…but I Drifted.