A Moving Portrait of an Extraordinary Life 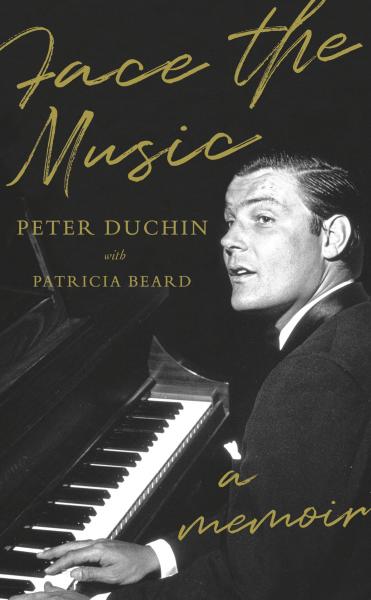 In this poignant memoir, the internationally celebrated bandleader reflects on family, illness, grief, and a bygone era of glamour, contemplating not just his career but the history of midcentury music and nightlife — and the enormously important role that the bandstand played in his life.

The internationally-famous bandleader Peter Duchin’s six decades of performing have taken him to the most exclusive dance floors and concert halls in the world. He has played for presidents, kings, and queens, as well as for civil rights and cultural organizations. But in 2013, Duchin suffered a stroke that left him with limited use of his left hand, severely impacting his career.

Days of recuperating from his stroke — and later from a critical case of Covid-19 — inspired Duchin to reconsider his complicated past. His father, the legendary bandleader Eddy Duchin, died when Peter was twelve; his mother, Marjorie Oelrichs Duchin, died when he was just six days old. In the succeeding decades, Duchin would follow his father to become the epitome of mid-20th Century glamour. But it was only half a century later, in the aftermath of his sudden illnesses, that he began to see his mother and father not just as the parents he never had, but as the people he never got to know; and at the same time, to reconsider the milieu in which he has been both a symbol and a participant.

More than a memoir, Face the Music offers a window into the era of debutantes and white-tie balls, when such events made national headlines. Duchin explores what “glamour” and “society” once meant, and what they mean now. With sincerity and humor, Face the Music offers a moving portrait of an extraordinary life, its disruptions, and revitalization.

PETER DUCHIN was educated at Hotchkiss and Yale. He made his professional debut at the age of 24 and became one of the preeminent pianists and bandleaders in America, performing for every president from Lyndon Johnson to Bill Clinton. He is the author of four books, including a previous memoir, Ghost of a Chance.

JAMES D. ZIRIN is a former Assistant United States Attorney for the Southern District of New York, where he served in the Criminal Division under the legendary Robert Morganthau. His writing has appeared in major periodicals such as Forbes, The LA Times, The London Times, Washington Times, The Nation, and the New York Law Journal. He is a member of the Council on Foreign Relations. A graduate of Princeton University, Zirin received his law degree from the University of Michigan Law School.

REGISTERED ATTENDEES WILL RECEIVE THE VIRTUAL EVENT LINK VIA EMAIL.

Face the Music: A Memoir (Hardcover)