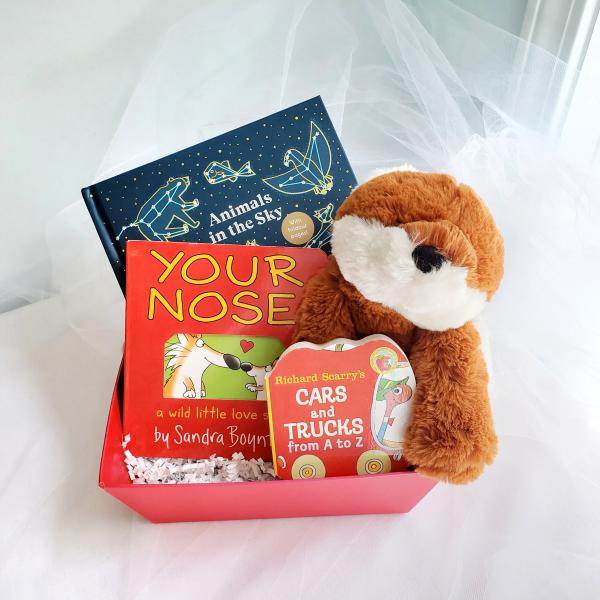 Adorable down to their cute little noses, June babies
gaze at the night sky while giving their softest fox a squeeze.
Big yawns mean bedtime's near, but tiny hands hold the classic, Cars and Trucks from A to Z,
for 1 more read.

Your Nose! by Sandra Boynton

Starring a little fox child and a big fox parent, here’s a loving ode to terrific noses of all kinds. Your Nose! is a year-round valentine in the tradition of beloved Boynton board books like Snuggle Puppy. It’s a celebration of the love between a parent and child—and of the beautiful, boop-able noses we love.

Animals in the Sky by Sara Gillingham 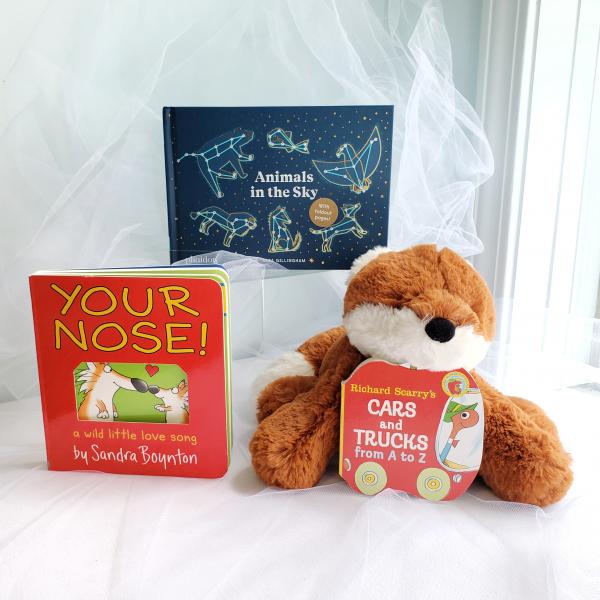 This stylish, informative board book helps younger children identify six of the most recognizable animal constellations from The Great Bear to the The Southern Fish. Each constellation is introduced as a cluster of stars with its connected-line shape; readers then guess the animal through a series of read-aloud clues. A full animal illustration gatefold reveals the answer, accompanied by extra information about the constellation and its important stars. Perfect for bedtime stargazing!

Illustrated in full color. This car-and- truck-filled alphabet extravaganza that starts with an ambulance and ends with a zippercar, is shaped like Lowly Worm's applemobile.

It might look like Smudge Fox is lazing about, but it's all a part of woodland yoga! Ginger-cake rich with squashy trumpet legs, fluffy ears and muzzle, and such a chunky cream-tipped tail, this little cub will flop and flump wherever there's a soft, snuggle. 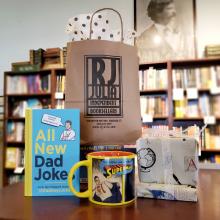 Celebrate Father's Day with a gift that shows how much you care! This Father's Day gift bundle combines our favorite novelty book and mug for dads...