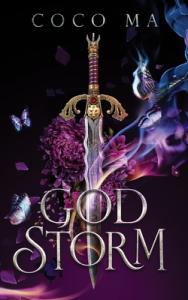 Everything has a price.

In the kingdom of Axaria, a darkness has fallen. After defeating the evil mother who summoned an immortal demon to kill her, newly coronated Queen Asterin Faelenhart should have every reason to celebrate. Her kingdom is safe, forbidden magic eradicated, and her friends are alive. Except Asterin's triumph has come at a devastating cost--forced to choose between a lifelong friend and true love, she's lost both. But the shadows in Axaria have begun to stir once again, and no one is more starved for vengeance than Asterin ...

Yet it soon becomes clear that the shadows plaguing her kingdom are just the beginning. Another realm coexists with the mortal world--the beautiful, nightmarish Immortal Realm ruled by the wicked God of Shadow, King Eoin. When their paths entwine, Asterin realizes that Eoin possesses exactly what--and who--she seeks most. And the fates of all those that she holds dear--Orion, her missing Guardian; Luna, the friend she could not save; Harry, the demon who saved them all; and Quinlan, her beloved broken prince--ultimately rest in the god's hands.

But in a world of magic, not everyone is always as they seem. When shocking discoveries threaten everything and everyone that Asterin has sworn her life to protect, she won't be the only person forced to make a choice ... a choice that will change the mortal world forever.

And maybe even destroy it.

Coco Ma is a Canadian author and pianist. At the age of fifteen, she wrote the first book of the Shadow Frost Trilogy and hasn't looked back since. After learning the piano during her childhood, she has performed on some of the world's greatest concert stages and graduated with a precollege diploma in piano performance from the Juilliard School in New York City. Currently, she studies at Yale University.

At this point, she wishes she could mention having a dog or a small dragon, except pets (and happiness, apparently) are tragically prohibited at her dormitories. When she isn't writing, practicing piano, or wreaking havoc, you might find her bingeing Netflix or eating cake. Lots of cake.